Before Franck Delpomdor was an associate sedimentologist at the Illinois State Geological Survey (ISGS), while he was working for a Belgian oil company, he found something unusual inside a small rock during a routine geologic sampling mission in the Congo.

Delpomdor and his colleague and lead author, Steeve Bonneville, a researcher at Université libre de Bruxelles, Belgium, argue in a paper published in Scientific Advances that the rock sample, now part of the collection in the Africa Museum in Tervuren, Belgium, contains a fossilized fungus. Based on the find’s location in 810 to 715 million-year-old dolomitic shale, this would shift the timeline of the earliest known presence of fungi on Earth by about 350 million years. 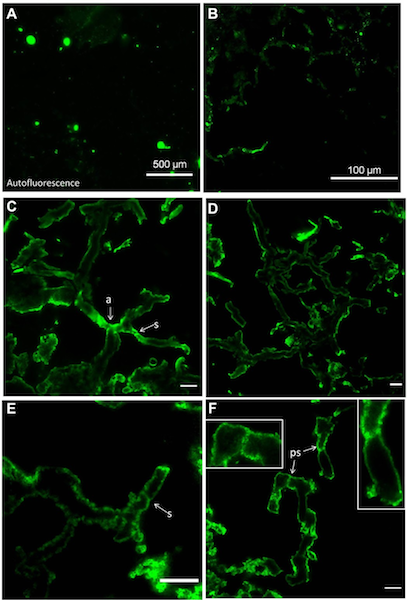 The authors argue this shows that fungi were one of the first organisms to survive on the Earth's surface and likely played a key role in supporting the first plant life.

This enabled the researchers to detect traces of chitin, a very tough compound found in the cell walls of fungi, and demonstrated that the organisms were eukaryotes, or that their cells had a nucleus.

"Only by cross-correlating chemical and micro-spectroscopic analyses could we demonstrate that the structures found in the old rock are indeed around 800-million-year-old fungal remains," said co-author Liane Benning, a biogeochemist at the GFZ German Research Centre for Geosciences.

Delpomdor and Bonneville believe this discovery will change the understanding of how land surfaces evolved and how plants and fungi came about.

In 2017, scientists from the Illinois Natural History Survey identified a fossilized mushroom, estimated to be about 115 million years old, in limestone from the Crato Formation of Brazil.